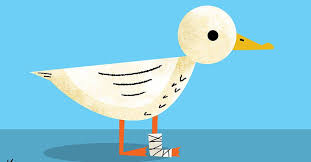 On November 6 just after 10.30pm and more than twelve hours before mainstream media, we broke the news of Biden as President – Elect and the 46th President, using our mathematical algorithm. The point we were trying to make was that, there are facts and there are speculations. Facts are tangible because you can go back and trace the inputs you used to create an outcome. You can do this over and over again and your outcome using the same inputs should be fungible! So we knew that as long as our math was right, no matter when the mainstream media decided to call it, they would arrive at the same place we did, and they did! http://diasporabell.com/2020/11/07/breaking-news-biden-wins-harris-becomes-first-woman-black-woman-vice-president-in-u-s-history/ https://www.cnn.com/2020/11/07/politics/joe-biden-wins-us-presidential-election/index.html

On March 4, 1801, John Adams, left Washington at night before the commencement of the Thomas Jefferson presidency and in that act launched the first peaceful transfer of power, simultaneously setting a precedence that became the norm until now. Today, five days after the emergence of president-elect Biden, president Trump has not conceded, will not authorize General Services Administration (GSA) to allocate the resources and access that allows president-elect Biden to begin the formal process of transitioning. Regardless of the impact to national security, Trump has barred president-elect Biden from getting the daily security briefings.

So the question becomes what is the tipping point, are we just about there or not? First, it we consider when major news media cut away from Trump’s dishonest allegations that was significant. https://www.theverge.com/2020/11/5/21551991/twitter-cable-broadcast-networks-cut-away-trump-speech. Then again when Fox News uncharacteristically cuts away from baseless allegations by Trump press secretary https://www.businessinsider.com/fox-news-cut-trump-press-secretary-false-election-fraud-video-2020-11, that Cavuto move, was reminiscent of his response to Trump in no uncertain words, that Fox does not work for him. https://www.youtube.com/watch?v=fwc9K5W6fgw. Yes at Fox, it’s all Cavuto now since Shepard left but it’s significant. Now, the Department of Homeland Security (DHS) has declared the 2020 election “most secure ever” forcefully invalidating Trump’s claims, and by definition declaring 2020 elections more secure than the one that ushered Trump into office. https://www.cnn.com/videos/politics/2020/11/13/dhs-election-most-secure-history-trump-biden-burnett-opening-ebof-vpx.cnn. Then to pile on, the chairman of the Joint Chiefs of Staff, Mark Miley said, “we don’t take an oath to…., dictators……..,we take an oath to the constitution” https://www.dailymail.co.uk/news/article-8940769/Military-wary-shakeup-upend-apolitical-nature.html. So this all adds to what exactly? Could this spell out the impending doom of a president that refuses to acknowledge that his role now is, wind down, do some good, pack and leave, or a sign of stubbornness in the face of institutional opposition?

The truth is for many, it might seem hard to tell. Some say, you can never dismiss Trump because he makes a come back like he did with the COVID-19. There is something worth considering though, Trump’s engine is fueled by his personal needs, however, his personal needs are fueled by his ability to manipulate people’s actions. The difference here is that those people have to care and have a need that cannot be fulfilled without Trump. Now that, Trump’s time is up, he is no longer as scary or even powerful at that, the tide has shifted, the conversations have changed. The chorus has turned to “Biden this and Biden that”. With the echo of a president-elect at the heels of a has-been president. Trump, regardless of what he wants, will eventually like a lame duck waddle out of office and to boot, he will never be president again, nor will any of his direct offsprings. Trump’s chapter is done, it just remains to be fully written. Rest assured, it’s beyond the tipping point, we tipped over, just!

cialis price at walmart cialis over the counter

generic cialis at walmart - Africa Rising: The Terrain, The Rain Makers and The Training Ground! by Ngozi Bell March 2017 www.DiasporaBell.com

walmart drug prices cialis cialis over the counter at walmart

cialis otc cialis over the counter at walmart