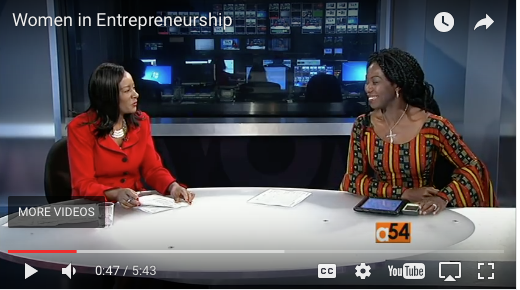 Africa’s women are uniquely adept at entrepreneurship. In Africa women are for the most part either on a career or business path, however many career people will typically have some modest business on the side. According to the 2015 Gates/Clinton foundation research 41% of women in Nigeria/Zambia are entrepreneurs compared to 10% in the US and 5.7% in the UK. Also Africa women represent 70% of the informal economy and together with the youth population make up the fastest growing and largest market demographic in the world in spite of this they are not at the top of the food chain and many women led enterprises do not scale or grow significantly.

Research shows that women run firms generate up to 12% more revenue than those not run by women, a study by Peterson Institute for Economics showed that “Having women in the highest corporate offices is correlated with increased profitability”, the study involved nearly 22,000 publicly traded companies in 91 countries! Thus demonstrating that investing in women run enterprises could yield significant upsides.

Tadalafil https://www.midi.org/forum/profile/100747-canadian-drugs-pharmacies-online You said it nicely.!